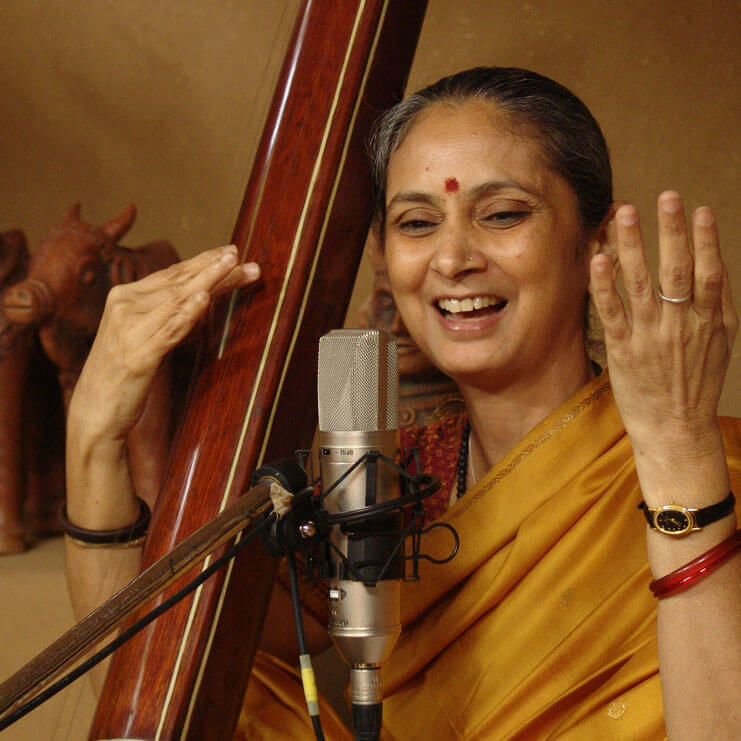 Vidya Rao is a well-known singer of thumri-dadra and ghazal. She trained under the legendary singer, the late Naina Devi and continued her study under Shanti Hiranand and the late Girija Devi. She has performed at national and international forums to discerning and applauding audiences. She has lectured, conducted workshops and held lecture-demonstrations. She has composed and sung for the theatre, film and dance.

Her repertoire ranges from thumri-dadra and ghazal to the songs of medieval Sufi and Bhakti poets, verses from Hindu and Buddhist texts and Islamic styles of music. She has also researched and written extensively on music and the performing arts. Her book, Heart to Heart: Remembering Nainaji, is a memoir of life with her guru Naina Devi. Vidya Rao was the recipient of a fellowship from the Ford Foundation, and a senior fellowship from the Ministry of Culture (Government of India).  She has been Visiting Professor at the School of Arts and Aesthetics, Jawaharlal Nehru University, New Delhi, Visiting Fellow at the Centre for Advanced Study, Jadavpur University, Kolkata, at the Institute of Advanced Studies, Nantes, France, and Artist in Residence at Smith College. She has been the recipient of several awards and honours.