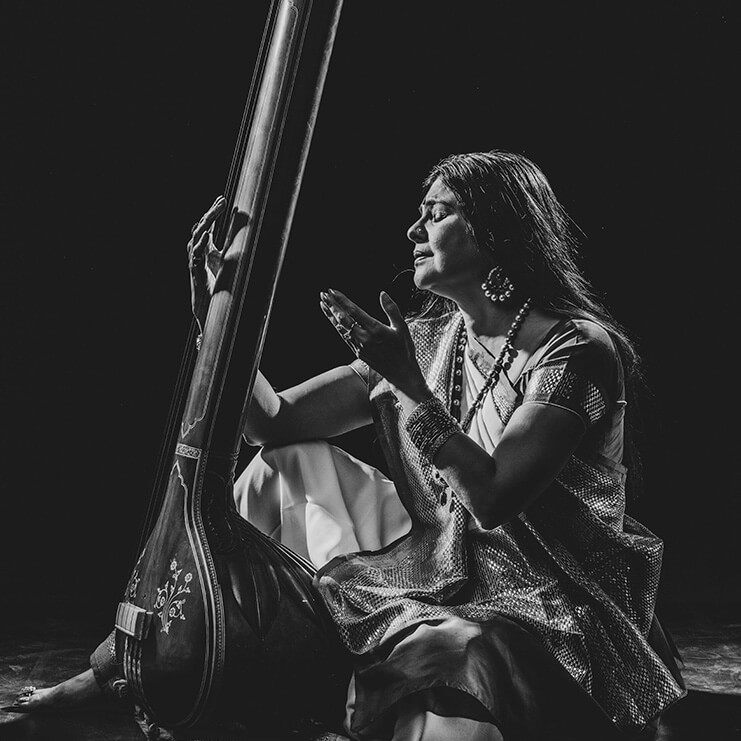 Born in Kannauj, Padmashree Malini Awasthi, Chair Professor (Banaras Hindu University) and India Representative for UNSECO (cultural commission), is a torchbearer of India’s rich folk and classical musical traditions. A celebrated folk singer, she is passionate about preserving India’s considerable oral musical excellence. A disciple of legendary thumri queen Vidushi Girija Devi Ji, Malini began her classical training at the age of six and was already performing on stage and in radio by the time she was ten. Her first guru was Ustad Shujat Hussain of the Rampur gharana. She also trained in Gorakhpur under Ustad Rahat Ali Khan who diversified her knowledge in Indian semi-classical and light music. After completing her post-graduation in music from Lucknow’s renowned Bhatkhande Sangeet University, Malini went on to establish herself as a sought-after artiste at All India Radio, Doordarshan, Sangeet Natak Akademi and the ICCR. She has performed at several television shows and in countries across the world. Her vast repertoire includes thumri, dadra, hori, chaiti, ritu geet, Sufiyana kalaam and various other traditional music forms from Avadh and Banaras. She was conferred the Padmashree by the Government of India in 2016.