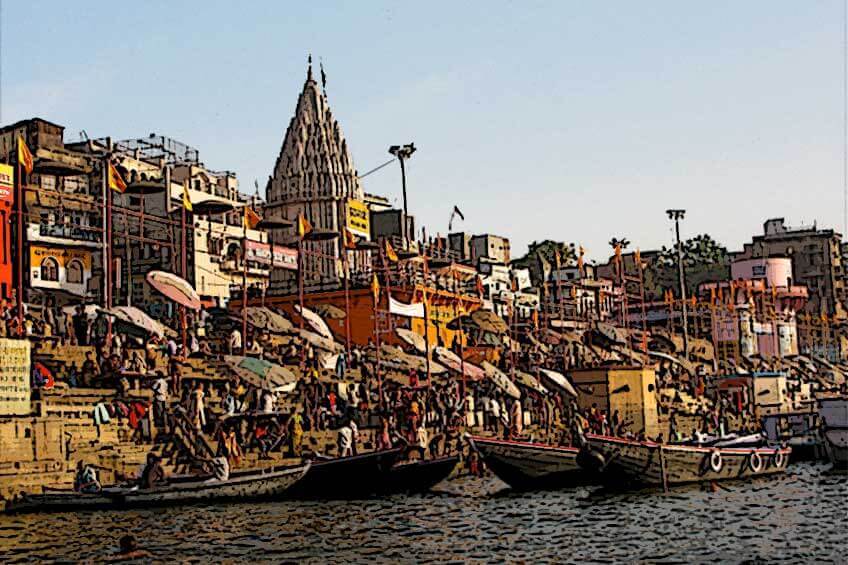 Guess what’s going to enliven the music scene as soon as winter comes –The Mahindra Kabira Festival (MKF) by Teamwork Arts. So book your tickets to Varanasi, folks – this one can’t be given a miss.

The festival will be held for the very first time in Varanasi, a city unparalleled for its unique ambience, flavour, soul and history, also the birthplace of Kabir, the very same mystical poet-saint, whose enigmatic verses, pithy colloquialisms have inspired faith and a cult following across generations.

Kabir’s poetry is all about inclusiveness – and MKF will celebrate this philosophy and essentially bring to music-lovers an unforgettable experience of listening to leading exponents of the Varanasi gharana and folk traditions, of Sufi music, dadra, thumri, khayal gayaki styles, ghazals and pakhawaj and tabla players on the incomparable Varanasi ghats with their characteristic je ne sai quoi quality rich with ancient history intermingled with the cacophony of voices from India’s melting pot culture.

Imagine the power of the music as it will be performed on the ghats –Assi & Darbhanga – the evening performances after the magical arati at dusk -in a city steeped in history, music, art, mysticism and religion, a city which accommodates multitudes and enables the happy co-existence of the arts and the spiritual.

Envisaging festivals like the Mahindra Kabira Festival is critical to the survival of our artistic traditions. The arts create both tangible and intangible wealth and need support from society and corporate houses in order to be nurtured. In fact, it is important that such beliefs are translated into fruition– Teamwork, a pioneer in curating rich cultural experiences for audiences across the globe through its flagship programmes, has actually spearheaded the journey of bringing India’s heritage, performing arts and literature in a socially inclusive manner to the forefront.

So people, while in Varanasi, embrace the Kabir way this November; soak yourself in the music but don’t forget to walk the memorable,winding alleys, get chased by the ubiquitous bulls, hunt the bazaars for wooden toys and taste the delectable samosas, kachorisand maybe the bhang lassis too! Go to the weavers’ gullies where Kabir is said to have grown up, see the stupendous detailing of the weavers’ age- old looms as they create the impossibly beautiful embellishments on the nowhere-else-to-be-found Benarasi saris.

When the sun goes down, watch the omniscient Ganga twinkle with the lights from the boats dotting its waters, listen to the temple bells as they peal their sacred tunes and take a deep breath – when the music begins to fill your senses, medidate, ponder and leave behind the troubles of your city-slicker ways….