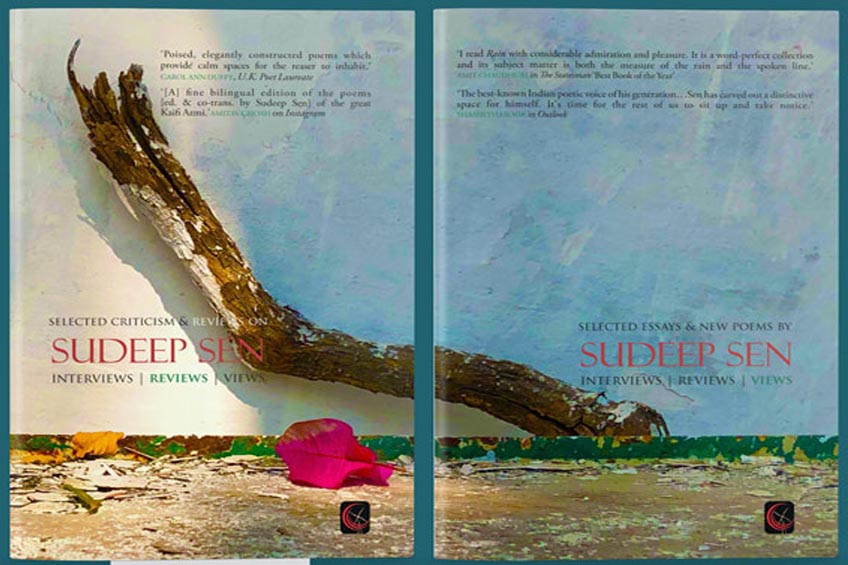 At Manikarnika Ghat, a mixture of sanctity and stench

the offerings swiftly lapped up by roaming animals.

An emaciated sadhu with wild-knotted dreadlocks,

perched precariously on a bamboo frame

on the edge of the river,

even at this late hour.

a pot-bellied man immerses himself in the river,

Amid so much noise,

the business of death being transacted

carries on, without any emotion or fuss.

what does prayer amid all this din and commerce

ceases to be a cacophony after a few hours —

variant decibels melding into a drone, a trance —

where the only balance that exists,

is in our minds.

draped in swathes of pure cotton,

foreheads smeared in sandalwood and vermillion

walk past me towards the river-edge,

impart teachings from the Upanishads and Vedas

homage to the memory of martyrs —

descending during the Kartik month to bathe in Kashi —

as oil-soaked wicks flickering on beds of rose petal, sail

In the super-heated pyre, I hear another ritual pot break,

into the swallowing river —

taking with them, both the mortal and the immortal —

Ashes to ashes, dust to dust —