A Musical Gharana that Made its Way through the Ages 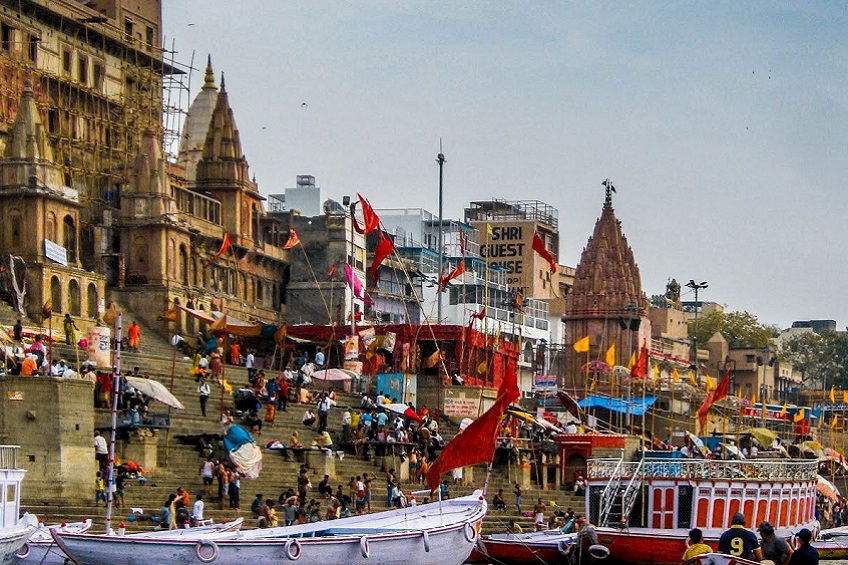 Among the many myths and lore that surround the birth of Varanasi, there is one that stands out to me. While it attributes the city’s creation to Lord Shiva, one of the three of the Holy Hindu Trinity along with Brahma and Vishnu, what I find somewhat unnerving is that the origin of one of the world’s most spiritually conscious cities, where dying guarantees the coveted formlessness of moksha, is mired in an act of violence. 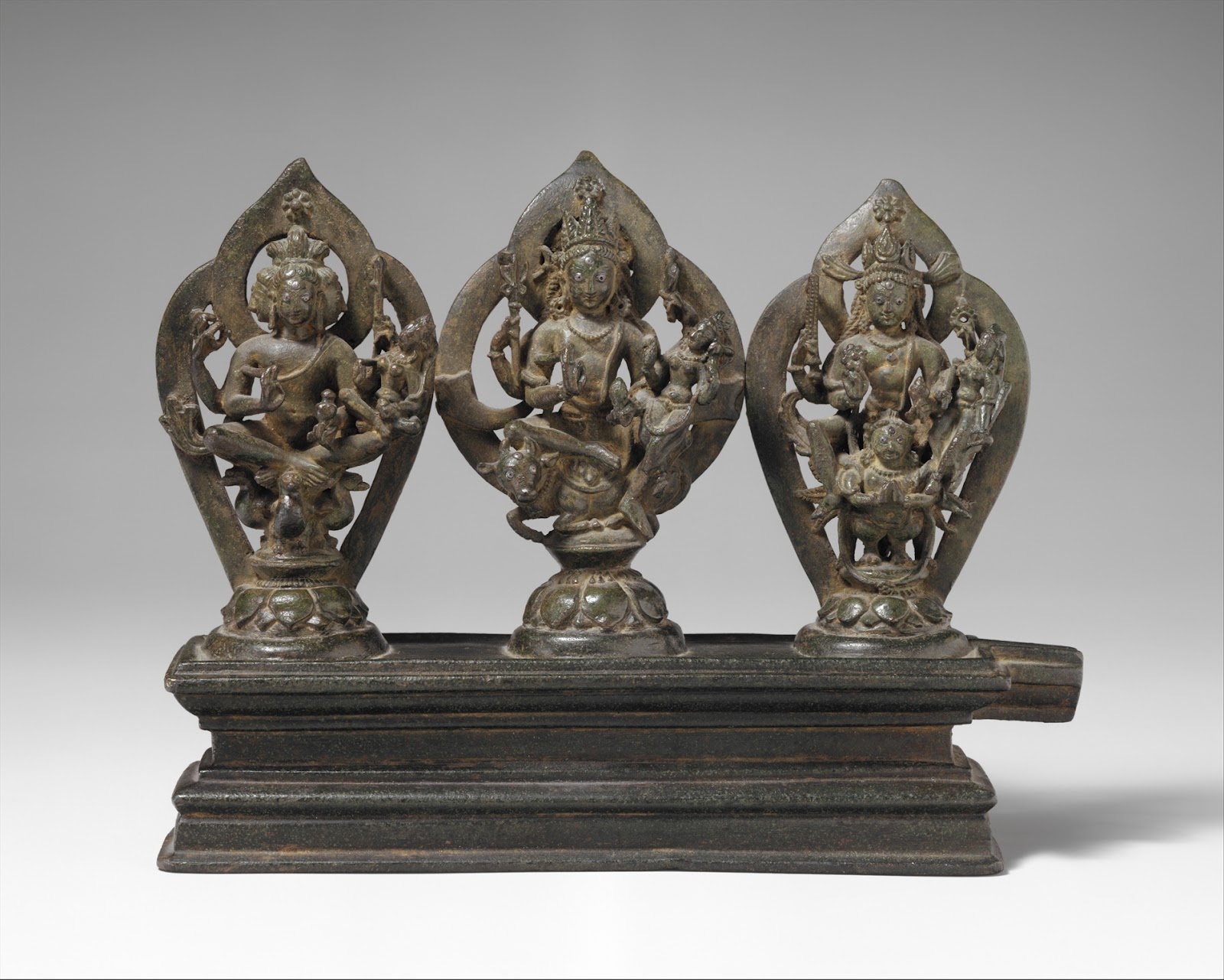 As some legends say, during a fight between Brahma and Shiva, one of Brahma's five heads was torn off by the latter and as was custom, Shiva, the victor, carried his slain adversary's head in his hand to mark his superiority and even ran a bridle through it, keeping it with him at all times. When he came to the site of the city of Varanasi, the hanging head of Brahma fell and disappeared into the ground and there was born the holy city of Varanasi!

My misgivings of this birth story aside, Varanasi will always be associated with Shiva, with its music connected to the ancient Puranas, and Lord Shiva, the cosmic dancer or Nataraja - the Lord of Dance - whose tandav had once shaken the world, being the divine curator of its music and dance forms. Archaeological findings of figurines of nymphs (apsaras) playing musical instruments indicate that music had long been important to Varanasi and gained even more relevance in medieval times, when the  Bhakti movement that led to a sea-change in Hindu devotional principles, swept through the country. Historical texts attest that the Kingdom of Kashi was a major centre of music with noted saint musicians Surdas, Kabir, Ravidas, Meera and Tulsidas blurring the lines between the mystical and the lyrical. 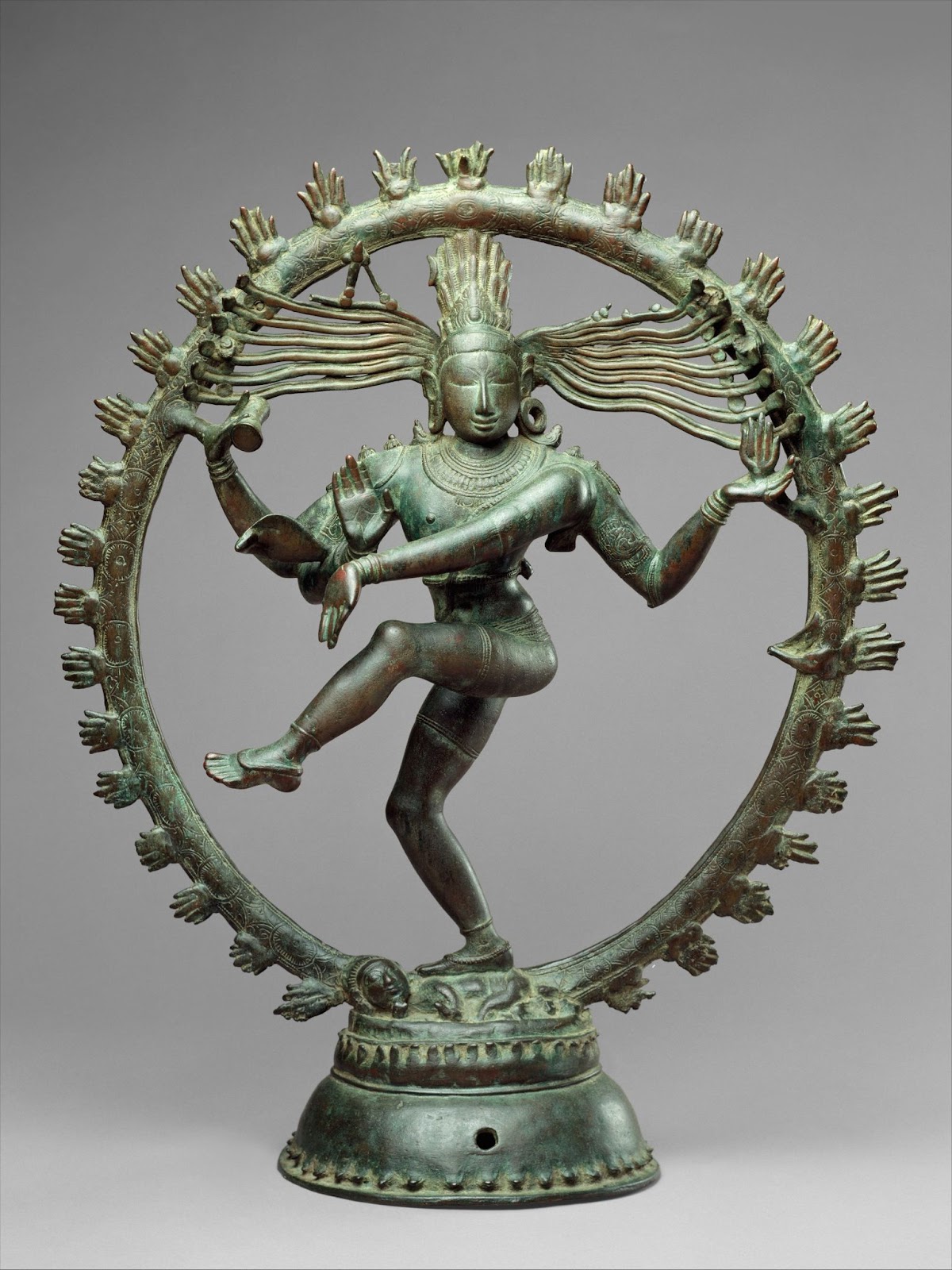 Shiva as Lord of Dance (Nataraja)

Thus, the culture of devotional music that thrived in Varanasi, in which ascetics and saints sang sublime songs inspiring ‘bhakti’ and gathered followers into the fold of the Bhakti movement, also birthed a glorious ecosystem of music. 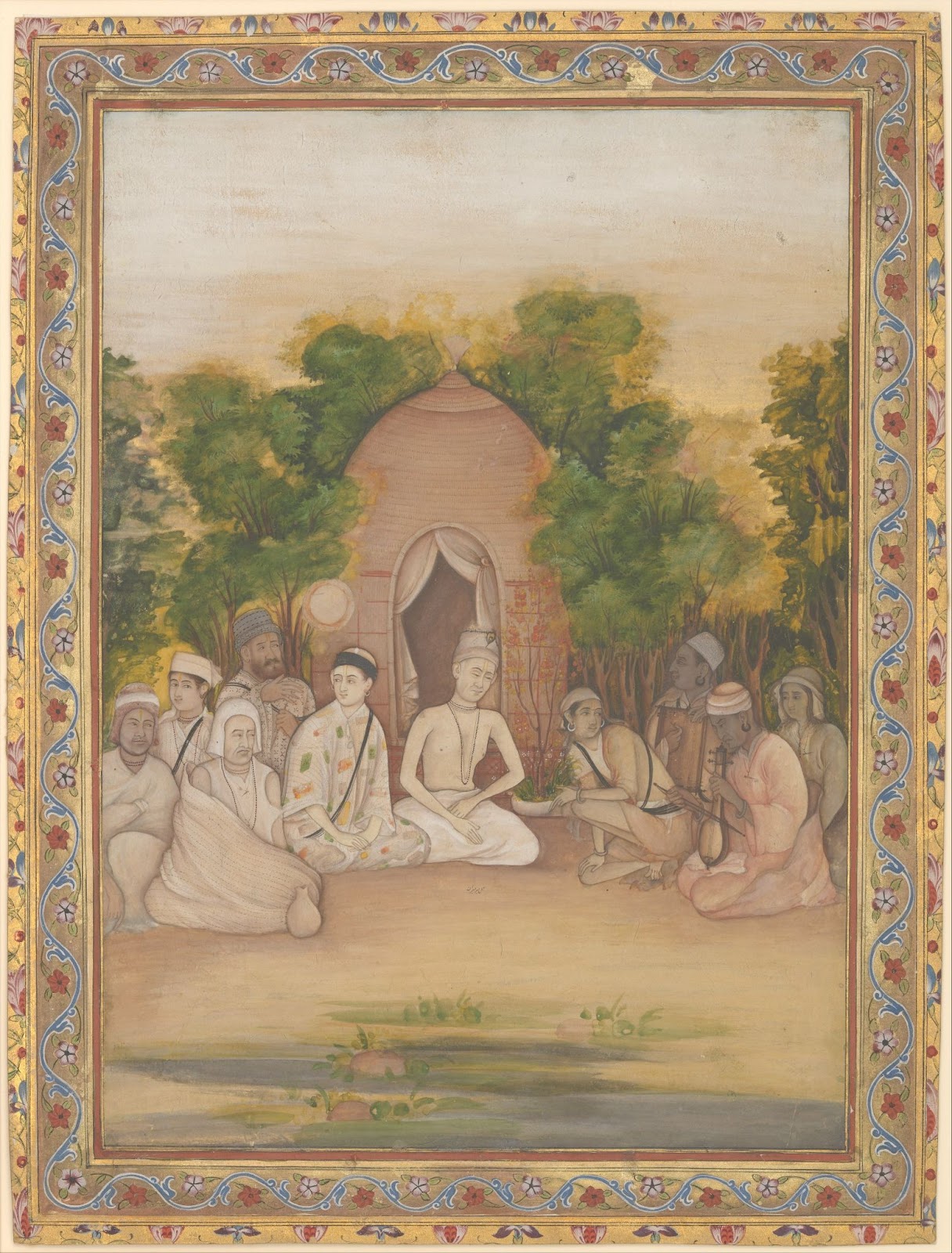 The ancient Dhrupad style of singing, allusions to which exist in the 800-1000 CE Bhagavata Purana & the 200 BCE – 200 CE Natya Shashtra, sung traditionally to the tanpura and the pakhawaj, received royal patronage in Varanasi and led to other related forms of music such as Dhamar, played on the pakhawaj and the tabla, and the semi-classical songs of seasons, Hori. Tulsi Ghat’s annual Dhrupad Mela, a five-day Dhrupad festival, is still an important event on India’s musical calendar. Varanasi’s musical roots remain entrenched in its syncretic history - under the rule of the Nawab of Awadh, the Nirgun singers of Kashi popularised many famed music festivals on boats gently cruising on the mighty Ganga. One of the singing styles made popular under the Nawab by artists such as Shori Miyan, Gammu Khan and Shade Khan, was the tappa. The tappa evolved into the baithaki style of gayaki, which, under the direct patronage of the landed zamindars of the late 19th and early 20th centuries, in their baithak-khanas and jalsaghars, became the music of the elite.

A meandering, fascinating and eventful journey characterises the Banaras Gharana, a diverse and eclectic school of music that was spawned over a period of many years by musicians who came from across India and settled in the city. In fact, it began taking shape in the city over 700 years ago, with musicians from Azamgarh, Bhagalpur, Samastipur and Lucknow, dropping anchor in the multi-faceted city and laying the foundation for a distinctive musical style. ‘Kashi Naresh’ or the Kings of Kashi, and many rich businessmen who too had come from nearby Bihar, Uttar Pradesh and even Bengal, took great care in nurturing and patronising the abundant artistic talent they found in alleys and homes that had sprung up jostling for space, air and expression. Unique styles of singing, instrument-playing and dancing were thus curated, sustained and expanded.

According to Benares’ music chronicler, Kameshwar Nath Mishra, author of Kashi ki sangeet parampara, the early music of the gharana was shaped by the styles of Thakur Prasad, Darghai and Mithailal who were experts in vocal, instrumental, percussion and dance.

Ram Sahai started the famous Benares tabla gharana 200 years ago, introducing a new, versatile technique - the Benares Baj - that could stand solo as well as accompany different genres of singing and dance.

The Benares thumri, a form of light classical singing connected to the many moods of love, is usually likened to the ‘bol banav thumri’ in which the words of the song-text are treated with musical embellishments to highlight its meaning. The gharana borrows heavily from folk songs of neighbouring Uttar Pradesh. For example, the doubling of tempo after the initial elaboration and the playing of special tabla compositions known as laggi are directly linked to these folk traditions.

In 2015, UNESCO awarded Varanasi the status of a ‘music city’. Music, indeed, is an integral part of its DNA. Opposite the 18th-century Durga Kund temple near Varanasi’s Assi Ghat is a narrow lane that snakes up to the musical-sounding Sitar Kunj — the abode of the sitar. As you walk, your ears seek out the strains of music that are quintessentially Benares, and you follow an enigmatic trail of sound - the heady beats of the tabla alongside the placid yet deep strings of the sitar. You know that you have reached the heart of a city that has birthed an entire school of music. It is the same indescribable feeling as you wander around Kabir Chaura - you walk past music schools; you can hear the sonorous voices of the gurus, you see the placards and nameplates outside each home and read with deep respect the qualifications they ascribe to each guru-practitioner. This is truly a city that walks in music. 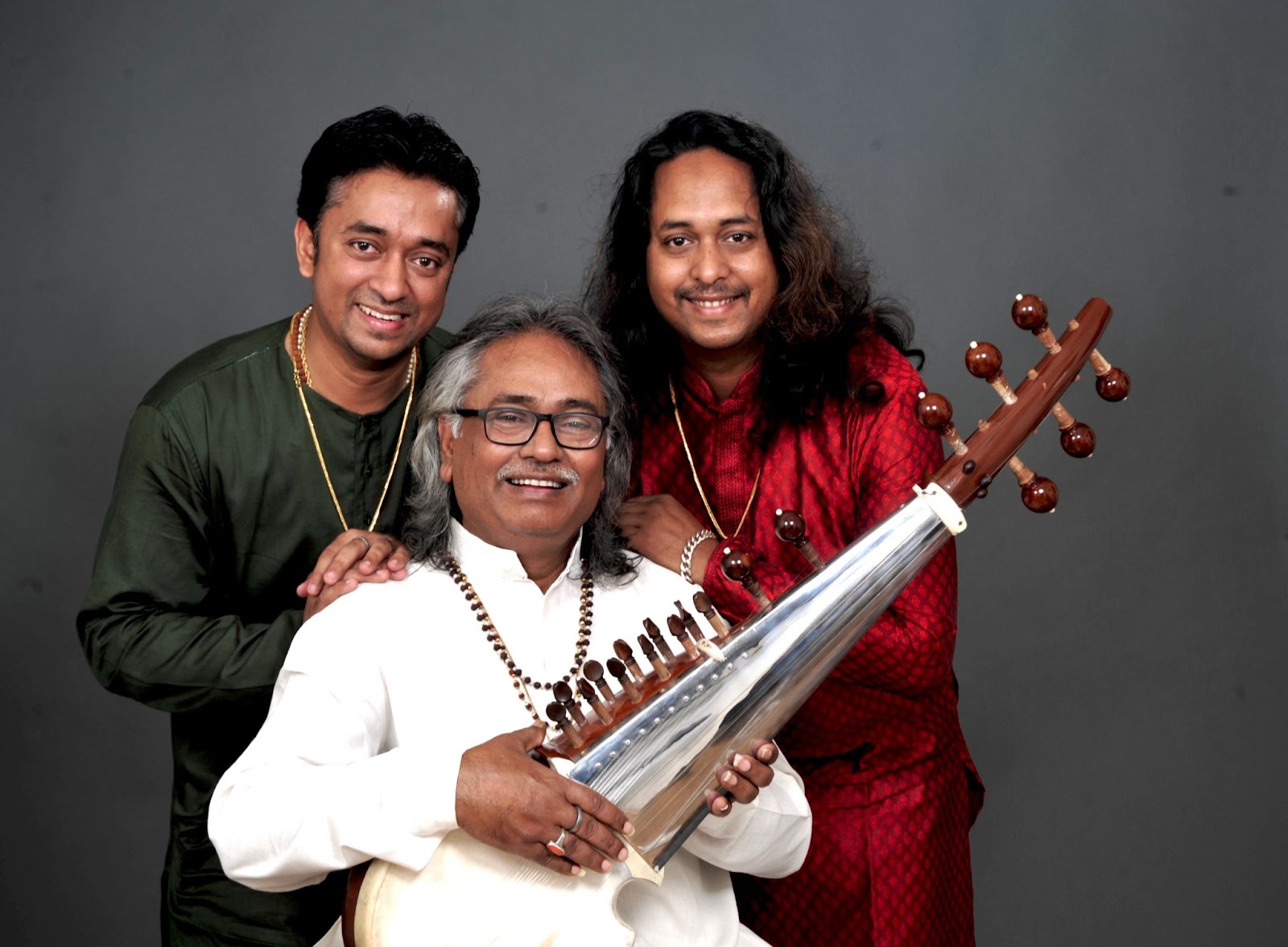 The musicality of Varanasi has woven its way into the Mahindra Kabira Festival that follows Varanasi’s old traditions and hosts performances next to a river, at once lyrical and tumultuous. Luminaries of the Banaras Gharana such as Pandit Vikash Maharaj and his sons, Kumar Sarang, Pt Lalit Kumar, Pt Bharat Bhushan Goswamy, Ashish Kumar Jaiswal are just some who will perform at Mahindra Kabira 2022. Many other classical gharanas that make up India’s superlative and complex music of ragas, aalaps, sur and tal will also find voice at this spectacular musical and magical confluence. I am certainly going to mark my attendance and I am hoping many of you will too! 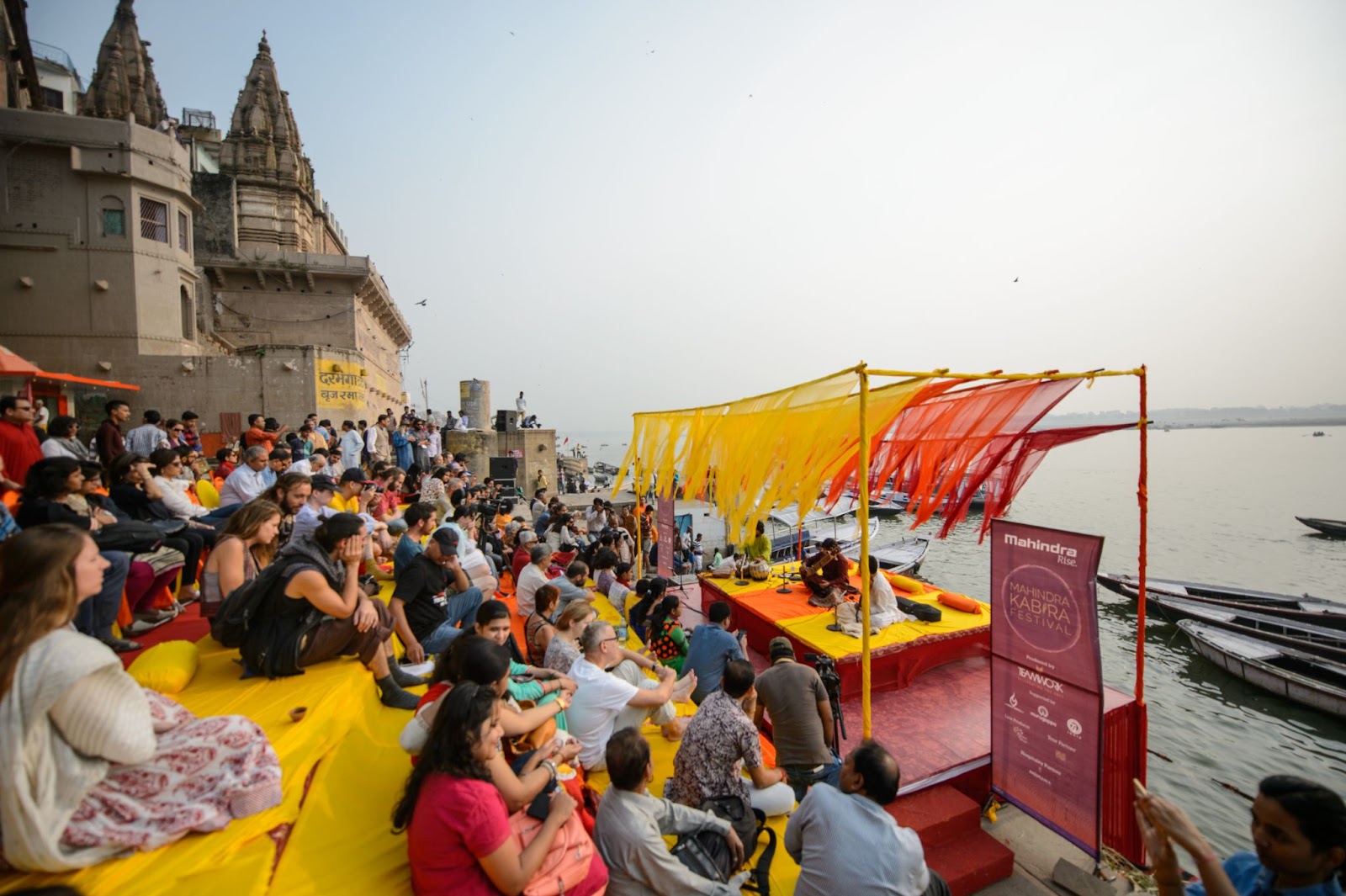